The Lisa Gilbert Academy of Ballet and Performing Arts offers everyone a chance to dance in a fun, friendly, welcoming and professional environment. 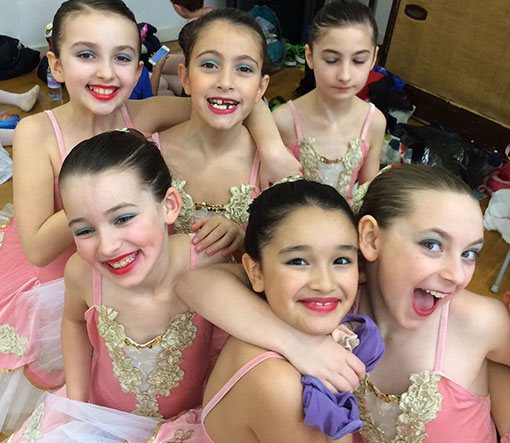 The LGA offers Royal Academy of Dance (RAD) classical ballet classes and Imperial Society of Teachers of Dancing (ISTD) tap, modern and jazz award lessons for children aged 2-18 years. Contemporary, street dance and private lessons are available too as well as adult dance classes. The LGA offers its pupils opportunities through training, examinations, shows and performances and working with established dance companies throughout the UK.

Who can join the academy

Our classes are designed for all, from those wishing to dance simply for the fun and social aspect to those who would like to have a professional career in the performing arts. It is our aim to provide a professional, caring and nurturing environment which allows all of our students to reach their full potential, developing their technique, creativity, artistry and confidence while having fun and developing new friendships. 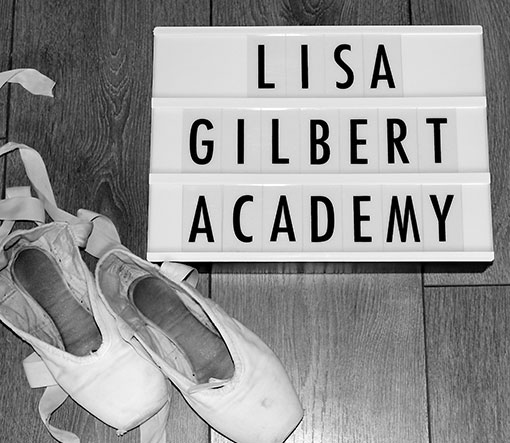 Lisa Gilbert began her training in north London under the instruction of Royal Academy of Dance examiners in Classical Ballet before gaining a place at The Italia Conti Academy of Theatre Arts in London where she studied all aspects of dancing, singing and acting. She completed her Classical Ballet and teaching qualifications in training with Ms Jean Nuckey, Holly Price and Paula Hunt at The Royal Academy of Dance headquarters.

Lisa is a Company Teacher, Audition Teacher and Rehearsal Assistant for The National Youth Ballet of Great Britain and therefore, regularly works with highly regarded and international choreographers and teachers from some of the top dance institutions in the world. She is involved with the Junior Associate performance for the NYB productions which take place around Britain each year. Lisa has also taught in a number of vocational and non-vocational dance schools in and around London, many primary schools across the country as well as being involved with the planning of dance classes within the primary school curriculum of Tower Hamlets.

Lisa established The Lisa Gilbert Academy of Ballet in 2009 covering the north and east London area. She teaches graded and vocational Classical Ballet classes, Associate ballet classes for children who show great potential in Classical Ballet and choreography for shows in and around London. Lisa is also a mentor and practical teaching supervisor for The Royal Academy of Dance where she guides and develops student teachers through their final teaching qualification as well as assessing and reporting on their final practical teaching examination.

Rachel grew up in Jersey, in the Channel Islands, moving to London at the age of 18 to train as a performer and teacher at the Margaret Howard Theatre College. Rachel has performed at the London Palladium in ‘Crazy For You’ and in a variety show on board the MSC Musica cruise liner.

She has also appeared in music videos for artists including indie band ‘Two Door Cinema Club’ and recently came back from touring Europe in MGA Production’s ‘Musical Starnights’. Rachel’s choreography credits include Claire Richard’s Slave to Food on Sky Living, productions for the Margaret Howard Organisation and various music videos with Infinite Pictures, working as both choreographer and assistant director.

Rachel has worked on the award winning show ‘The Two Worlds of Charlie F’ as dance captain and will be returned to the creative team in 2014 for their Canadian and regional tour, working with wounded men and women from the armed forces. Rachel currently works as Creative Director for the company Popdance and as a freelance dance teacher and choreographer across London as well as performing in a cabaret duo around London and most recently at the Edinburgh Fringe.

Rebecca began dancing at the age of five with Paula Dymock, principal of Harlequin Stage School, one of the West Midlands' most prestigious schools, where she trained in RAD ballet and ISTD modern and tap until she was 16. She competed in many festivals throughout England with various solos, duets, trios and groups, many of which qualified for the All England Dance Finals. Becky also participated in the Young Dancer of the Year, and won the award for Outstanding Dance at the Janet Crams. During her time with Harlequin Stage School, she gained a place on the Royal Ballet Associate program which she attended every Saturday from the age of nine until 16 and was fortunate to perform with Birmingham Royal Ballet in The Nutcracker. At 16, Becky auditioned and was awarded a scholarship to attend The Arts Educational School, Tring Park, graduating in 2007 with distinction, an A grade A-level in dance and a professional diploma.

Rebecca auditioned for and was offered a position on Carnival Cruise Lines biggest and most requested cruise ship, Carnival Dream and she continued her career with them as lead dancer, performing in many of their award winning production shows. Rebecca has also choreographed professionally for a variety of hotel and university events, on cruise ships and has had experience of teaching children of all ages to dance. Having recently returned to the UK from a tour of the caribbean with Carnival Cruise Lines, she is currently living in London and is studying to complete her ISTD dance teaching qualifications in ballet, modern and tap.

Maddi began dancing at a young age, working through the Royal Academy of Dance syllabi, at the same time as studying acting at the Young Actors Theatre in Islington. Beginning to lean more towards dancing rather than acting, at 15 she gained work experience at the Merce Cunningham Dance Company in New York and began to assist young classes at her local dance school on a Saturday.

Two years later she became an Associate of the company Ballet Black, taking weekly company classes. Furthering her dance education, Maddi went on to gain her teaching qualifications at the Royal Academy of Dance in Battersea and currently teaches in east and north London.

Kerry has been teaching ballet to students of all ages for 20 years. After graduating from the University of Surrey, Roehampton with a BMus (hons) degree she continued her ballet study at the Royal Academy of Dance.

She gained a Diploma for Professional Benesh Movement Notators and went on to work as a notator on several productions for English National Ballet, as well as notating a selection of the Solo Seal Variations for the RAD. Kerry teaches at a number of schools in London and Kent and has recently choreographed a production of ‘Mary Poppins’ for the Southwest School of Ballet, for whom she has been teaching since 1996.

Laura began her training at the Liz Robinson School of Dancing and became passionate about dance from an early age, competing at festivals in the UK and internationally, including the Dance World Cup finals. She continued her training at Performers College, graduating in 2014 with a Diploma in Dance Theatre along with her ISTD DDI examinations. Laura is also a registered teacher in Progressing Ballet Technique.

Laura’s professional credits include dancing for the FA cup final at Wembley Arena, ‘One Night Only’ at the London Palladium, Paul Roberts ‘The Tide’ and the 2014 film ‘Cuban Fury’. Since then she has enjoyed teaching in a number of schools in the Channel Islands and most recently in London after relocating in September this year to complete her ISTD DDE examinations.

Fern started her dancing journey at the age of five where she trained at Anthony Clifford's Dance Studio up to the age of 16 in Tap, Ballet, Modern, Latin and Ballroom, to where she then moved on to train at South Essex College where she gained her Level 3 Diploma in Musical Theatre. Throughout the years Fern has performed in many shows and competitions, but after finishing college had found her real passion was teaching.

Fern then went back to train at Anthony Clifford's Dance Studio where she gained both her DDE Qualification in Tap and Modern, She has now been teaching many students across the Essex/London areas for over 5 years in a wider range of genres such a Jazz, Contemporary and Musical Theatre.

Alex began training at a young age and had always had her heart set on becoming a professional ballerina. She began her training at The Graham School of dance in her hometown which gave her the opportunity to excel in her classical training.

Alex entered into many competitions during her training, some of which were The All England Finals, The Janet Cram Awards and The RAD international Geneé challenge which took place in Antwerp and was judged by Darcy Bussell.

Alex trained at The Royal Ballet School for two years and had some truly incredible and inspiring experiences including being able to perform as an angel and snowflake in 2016/17 with the Royal Ballet Company.

Alex then moved to English National Ballet School for her final year of training.

Recently, Alex found a new love for teaching and hopes to pursue this as a career. She loves being able to inspire and help young dancers to become the best they can be.

Where to find us -